The use of rubber dates back to the Ancient Mesoamericans. Indigenous people like the Aztec, Maya, and Olmec used stabilized natural rubber to create rubber balls for sports and to waterproof containers and textiles, as early as 1600 BC. It took almost 3500 years for rubber to become known in Western society, having been brought back from South America by European explorers in the 1750ies. Roughly 20 years later, an Englishman discovered that rubber could be used to rub off pencil marks on paper, which is also how this material got its name: rubber.

Natural rubber, the hardened form of latex, is waterproof and easy to stretch, but unfortunately not weather-resistant. The rubber rush of the industrial era was on the verge of collapsing due to the material melting in summer and cracking in winter. In 1839, Charles Goodyear discovered – by accident – a method to stabilize rubber: vulcanization. With that and the invention of the automobile, the rubber industry soared. When German chemists succeeded in producing synthetic rubbers at the beginning of the twentieth century, the rubber and elastomer industry became more independent from natural rubber resources. This was a relief, especially for tire manufacturers who were and still are faced with the growing demand from the automotive industry. 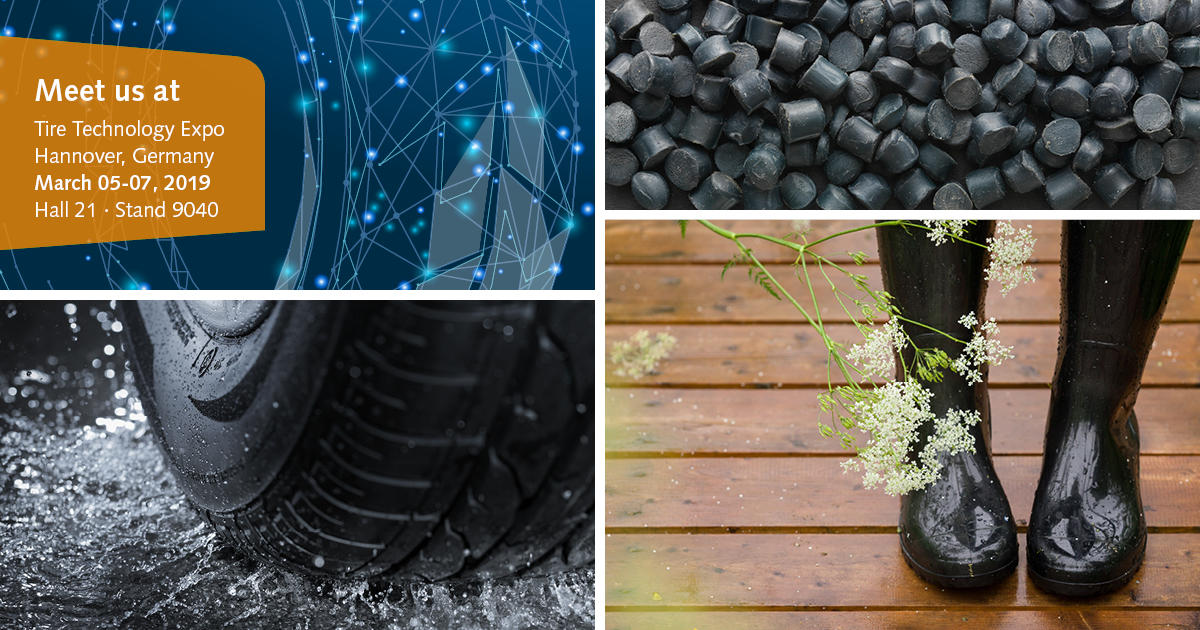 Compounding technology became increasingly more important for the rubber and elastomer industry. With precise temperature control, the ability to mix high proportions of filler, and the ability to inject liquid ingredients such as softener oils or reagents directly into the process zone at the optimal position, the BUSS rubber compounding technology is ideal for a wide range of elastomers application fields. Even though, rubber has been known and utilized for more than 3600 years, we at BUSS are still constantly adapting and developing our compounding technology to optimally serve the elastomers market. From the 05th to the 7th of March, our BUSS team welcomes customers, business partners and interested partners to explore the BUSS Kneader technology for rubber compounds at the Tire Technology Expo in Hamburg!

Find out more about rubber compounding at BUSS here: https://www.busscorp.cn/en/industries/rubber-compounds/