On 26 October 2018, the new branch of the Swiss mechanical engineering company Buss AG was officially opened in Songjiang, a southwestern district of Shanghai, China. The generous location offers many opportunities for a significant expansion of the local service offering (customer trials, transmission revisions, modernization) as well as an even faster spare parts service. Overall, the establishment of Buss Compounding Solutions (Shanghai) Co., Ltd. and the opening of the newly expanded site are an important step in the further development of the Chinese market, where Buss has been present since 1987. From Songjiang, the motivated team around General Manager Joe Gao will continue to successfully expand and develop the Chinese market. 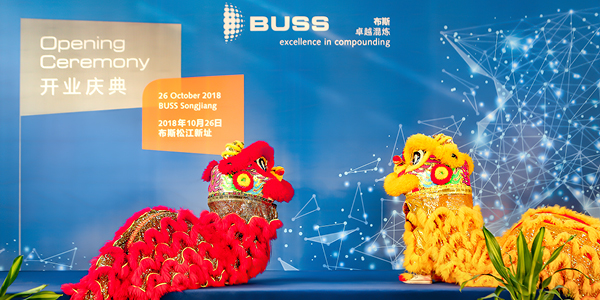 Buss AG already started in the Chinese market at the end of the 1980s. Since 2006 there has been a successfully operating representative office in Shanghai. The opening of the location in Songjiang, a district southwest of Shanghai, is now the logical further development of the Chinese business. On 26 October 2018, the new 1,700 square metre branch of the renowned Swiss mechanical engineering company was officially put into operation with a big celebration. Around 150 customers, representatives of the local authorities, business partners as well as representatives of associations and scientific institutions accepted the invitation to get their own impression of the new facilities and possibilities. Buss Compounding Solutions (Shanghai) Co., Ltd. focuses on sales and service, in particular improved support and services for the local market. Buss AG’s plans for the future were also acknowledged in the numerous speeches given by company representatives, the Swiss Consul in Shanghai and various representatives of associations.

“More than 30 years ago, as a young service technician, I supervised the installation of a BUSS Kneader in the Chinese province of Qinghai. I was able to observe the enormous development in China in the last 3 decades. And I never thought I would stand here and open our own company in China”. With these memories Christian Hauser, Vice President Asia Pacific of Buss AG and Legal Representative of Buss China, opened the official part of the event. He expressed his confidence that Buss, as an international leader in compounding technology, will continue to be a good, reliable partner for Chinese polymer companies with in-depth expertise and the highest product quality, capable of offering even more performance locally. 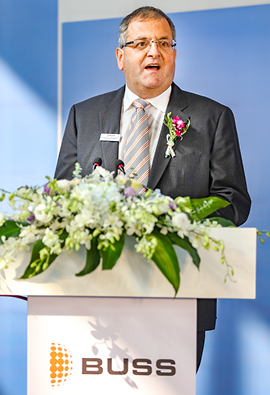 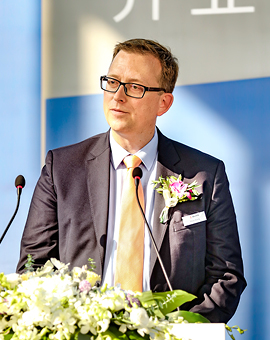 “Due to the constant transformation and upgrading as well as the continuous promotion of the Chinese production strategy 2025, the local market demands high-end compounding lines,” said Dr. Philip Nising, President and CEO of Buss AG, in his opening speech. And he added: “Our representative office, with which we have been active in the Chinese market for the past 12 years, is no longer sufficient for future requirements. Only with our own company and our own service workshop can we serve our customers in this important market very well. That is our commitment. And this wonderful moment of today‘s official opening is the basis for our future success and the growth we are striving for in Asia and the Asia-Pacific region”.

Olivier Zehnder, Consul General of Switzerland in Shanghai, proudly acknowledged the commitment of Buss AG in China and pointed out the great importance of China as a trading partner for Switzerland. The Consul General concluded with the best wishes for a successful business development. 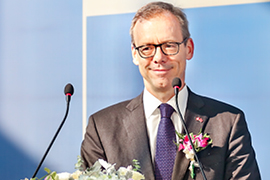 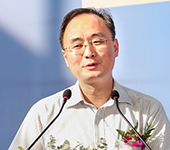 Mr. Gu Jun, General Manager of Eastern Park Management Center of Songjiang Economic & Technological Development Zone, welcomed Buss Compounding Solutions (Shanghai) Co., Ltd. to the circle of other innovative companies. “With the internationally operating company Buss, our technology park is being further upgraded. The expansion of the industrial zone is an important factor for the region, for industrial and economic development and for the creation of new, qualified jobs.

Mr. Chen Guokang of the Shanghai Plastic Industrial Society welcomed the location decision of Buss Compounding Solutions (Shanghai) Co., Ltd. in his short speech. He underlined with current figures the significant growth of the polymer industry in China and the Shanghai region. He also emphasized how important it is to have partners here whose technologies contribute to improving polymer production. In return, he wished Buss the corresponding business success. 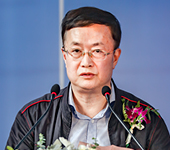 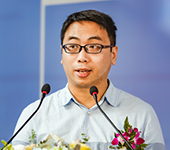 “Cooperation with BUSS in the past has already made a considerable contribution to improving power cables. With such a competent partner the technical level could be raised significantly. The joint development work continues”. Mr. Yu Fan of the Global Energy Network Research Institute of State Grid presented the successful cooperation in his speech and wished Buss good luck with all upcoming projects in China.

The next greeting came from Mr. Peng Pai, General Manager of Shanghai Sonner Machinery Co., Ltd. He was pleased about even better service on site, even more development partnership and concluded that this is absolutely central for the Chinese customers. He enthusiastically talked about his visit to the headquarters of Buss AG in Switzerland, the quality and precision that he got to know there. For him, this is the basis for successful cooperation and wished the Buss team every success in China. 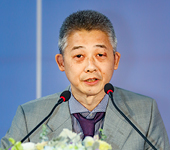 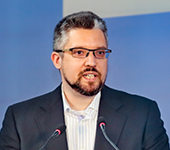 Mr. Paul Merich, General Manager Maag Greater China, added in his welcoming address how the compounding industry in China is growing strongly, parallel to the demand for high-quality products and technologies. “Maag and Buss are linked by a strategic partnership. The Buss subsidiary in Songjiang increases the value of our work for Chinese customers. A good basis for a continued successful cooperation”, said Mr. Merich and concluded with good wishes for a successful business development.

Mr. Joe Gao, General Manager of Buss Compounding Solution (Shanghai) Co., Ltd. had the closing speech. He has been with the company for many years and has been responsible for business development in China since June 2018. In his speech, he attached great importance to highlighting the new possibilities for local assembly, customer trials, transmission revisions and modernization. He also thanked the team for their support in setting up the new subsidiary and promised maximum commitment for the Chinese customers. 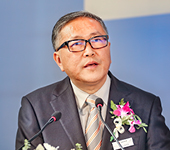 The highlight of the official opening was the Chinese Lion Dance, which is intended to bring good luck and success at both traditional celebrations and ceremonial openings. Dr. Stephan Mayer, Chairman of the Board of Buss AG, and Dr. Philip Nising, CEO of Buss AG, had the task of bringing the lions to life during the ceremony. The company representatives had to paint the eyes of the sleeping lions with a red pen to motivate the lions to dance, which should give energy and strength for future projects. 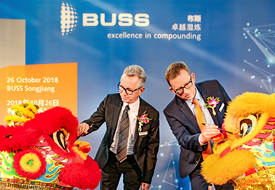 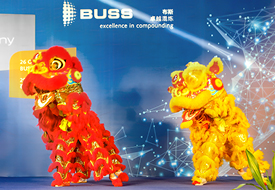 The joint band average and heavy confetti rain ended the official part of the opening ceremony. The official opening in Songjiang came to an end with a tour of the new office and production areas as well as Swiss finger food and relaxed conversations.

The official part was followed in the evening by a festive finale with invited guests in a unique ambience in a nearby hotel. A Swiss alphorn captivated the arriving guests with its extraordinary sound in this Sino-Swiss ceremony. At the entrance, all guests were able to learn about the history of Buss AG and the special features of Switzerland, the city of Basel as the company’s headquarters and Swiss culture. During the dinner, accompanied by live acts of a jazz band from Shanghai, the Lucky Draw numbers were played diligently. Something that no Chinese event should lack. 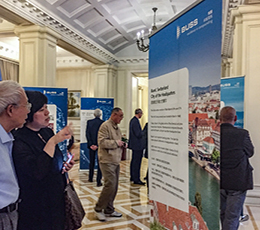 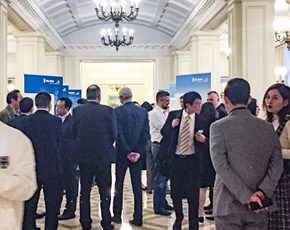 The start has been made for BUSS’ intensive commitment in China. Today, 8 colleagues already work at the site in Songjiang. With growing business success, the team is to be further expanded in order to be the preferred partner in all matters relating to compounding lines. A pilot plant for demonstration trials is also planned for the coming months. The introduction of the new COMPEO compounder generation, which was presented to the international market for the first time in spring 2018, is of great importance. With the new location in Songjiang, China, Buss AG is well equipped to successfully advance business development in China with an outstanding team and the claim “Swiss Quality”.